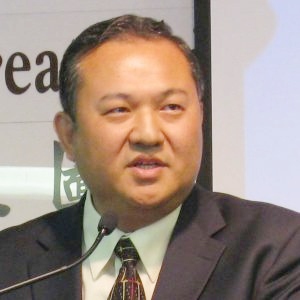 Mark Shen was born in Shanghai, China, and grew up in Guangzhou. In 1989, he graduated from the Public Relations major, Department of Mass Communication, Shenzhen University. When Mark immigrated to New York in 1997, he was changed by the Holy Spirit and repented his sins to Jesus. In 2000, he responded to the call of the Lord and dedicated the rest of his life to serve the Lord. He graduated Master of Divinity in 2004 and D.Min. in 2017 from Logos Evangelical Seminary.

From June 2004 to June 2007, he served as the Director of Cantonese Ministry of the Alhambra True Light Presbyterian Church and, from August 2007 to December 2014, the Pastor of FEC-Glendale Church Mandarin Congregation in Los Angeles.

In 2016, he joined the Logos Evangelical Seminary as Director of Ministry development and Field Education. Since November 2018, he concurrently served as Director of Advancement.