The Founding and Early Years 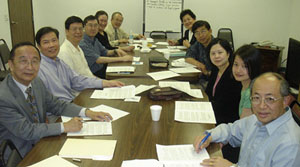 In the 1980s, when the Evangelical Formosan Church General Assembly (EFCGA) was promoting church planting movements and experiencing a shortage of ministers, the Lord put in the hearts of EFC leaders the vision of establishing a seminary to train more gospel workers. On May 2, 1989, the seminary was officially founded and was named “Logos Evangelical Seminary (美國台福神學院).” During the seminary’s early stages, classes were held in the basement of EFC of Los Angeles. After a few months, the seminary rented space from the William Carey University in Pasadena as its campus.

By August 1990, Logos was already registered with the Bureau for Private Postsecondary Education (BPPE) in California to grant the Doctor of Ministry (DMin), Master of Divinity (MDiv), and Master of Arts in Christian Studies (MACS) degrees. In 2006, the Master of Theology (ThM) was set up to prepare students for further academic pursuits at the doctorate level, as well as equipping them for other specialized areas of function in ministry.

Originally, classes were taught in the Taiwanese dialect due to the needs of EFC and other Taiwanese-speaking churches. In 1994, Logos received the approval of the Immigration Office to issue the Form I-20, allowing it to recruit international students. In the same year, when Rev. James Taylor visited the seminary, he proposed to the seminary the need for a midterm correction. After much consideration, a consensus was reached to address the need of Chinese churches around the world and to expand the seminary’s original goal to serving the Chinese globally. As a result, the primary teaching language was changed to Mandarin.

Since its inception, Logos has made significant efforts to provide quality education and to conform to the rigorous standards of the Association of Theological Schools in the United States and Canada (ATS). By the grace of God, in 1996, the seminary purchased its beautiful campus, located in the city of El Monte, along with its student housing facilities, the House of Good Shepherd, located in the city of San Gabriel. This enabled the seminary to be better equipped for the expansion to come and for its application for ATS accreditation.

In 1999, Logos became a fully accredited member of ATS and the first Asian-American seminary to have earned such a distinction. It also saw a steady increase in student enrollments. In 2004, the seminary had more than 200 graduates through its fifteen years of operation.

In addition, to prepare Logos for the challenges ahead, the Board of Directors voted to establish a foundation in 2000 to raise, invest, and manage Logos’ endowment funds for its long-term financial planning. Doing so allowed Logos to establish a solid financial base for its future development.

As Logos celebrated its 20th anniversary in 2009, it embarked on to a new phase of greater development and expansion. The seminary founded a satellite campus in Chicago in 2009 to meet the growing need of quality theological education in the Midwest. Pilot MA courses were offered. In 2012, the Chicago campus acquired a new campus location and successfully obtained approval from ATS to grant the MA degree.

In the spirit of meeting more rigorous standards of educational recognition, the seminary initiated the process of applying for the Western Association of Schools and Colleges (WSCUC) accreditation at the end of 2007. They were successfully accredited by WSCUC in 2012. With this accreditation, Logos held the same standing as major educational institutions. Today, Logos networks and exchange theirs resources and experiences with other higher institutions accredited through ATS to keep in step globally.

In 2012-2013, in response to the needs of cross-cultural ministry both in North America and overseas, Logos launched two new programs: the MACS Intercultural Studies Concentration (MACS-ICS) and Logos Total Immersion Program (Logos-TIP) Certificate. Furthermore, in observing the contemporary church’s cry for bold leadership to address the unprecedented challenges and opportunities of this era, the seminary has developed Ph.D. program to train visionary, theologically sound scholars.

To date, Logos has more than 650 alumni serving in over 30 countries around the world with the mind, heart, and hands of Christ. Their commitment and the fruits they bear are witnesses to Logos’ spirit: Attempt Great Things for God; Rescue Millions of Souls. 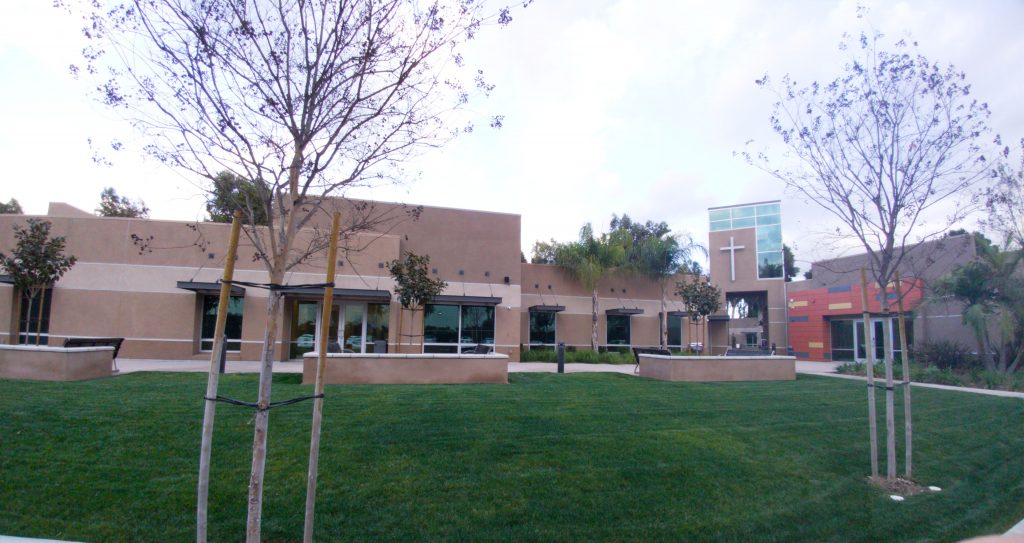 In early 2013, the campus renovation project was conceived because of the needs of Logos’ doctorate program and the expansion of our library and chapel. The plan was to consolidate the four detached buildings into a streamlined, contemporary campus. After three years of planning and 16 months of hard work, the Phase I Campus Renovation Project, covering Buildings B and C, was completed in March 2017. Thanks be to God, for His provision has been more than we could ever ask or imagine!