Who Owns Your Business? 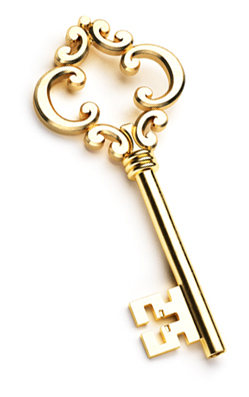 The story of Stanley Tam, the owner of U.S. Plastic Corp., is truly inspiring! When Tam was young, he struggled with establishing his own business. Being a Christian, he decided to hand over his business to God. He made God a partner of his company owning 51% of the company’s shares in stock. From that point on, the company started to achieve recording-breaking revenues year after year. On January 15, 1955, God spoke to Tam again. This time, God asked him to hand over the entire company. He handed over 100% of the company shares to God and became an employee. The company that was founded with a budget of $37 grew rapidly. To date, the company has contributed over $100 million to God’s kingdom.

This example is not one of its kind. We are surrounded by a great cloud of witnesses, including leaders in the business field who glorify God through the work God had put in their hand. In the Bible, we see the story of Joseph. God’s spirit guided him to establish the world’s most advanced economic system at the time when he serve as the vizier of Egypt. In the story of Daniel, we see how the young man served under kings of the uncircumcised faithfully and diligently. As a result, not only did the uncircumcised see God’s greatness in him, but he was also richly blessed by God’s grace.

Cher Wang, the chairwoman of HTC and VIA Technologies, named in Forbes as one of the world’s billionaires and most powerful women, handed ownership of her company to God through prayer with the mindset of building a kingdom enterprise. Examples like this can also be found in Mainland China and across the globe.

A Kingdom Enterprise That Glorifies God

A Kingdom Enterprise is an enterprise led by the vision and goal of God’s Kingdom. The highest purpose of a Kingdom Enterprise is to serve God, change the lives of others through the example of one’s own life, and spread the gospel to all corners of the world. To attain this goal, a collection of people with unique gifts from God who serve in their specialized fields while remaining closely connected to one another as one body.

Will you join these entrepreneurs, realizing that all we have are gifts from God, including our life, family, career, wealth, and living style? For there is no better insurance than following the will of our God. As Psalm 37:5-6 states, “Commit your way to the Lord; trust in him and he will do this: He will make your righteous reward shine like the dawn, your vindication like the noonday sun.”

Would you like to hand the control of your life over to God and lower yourself to be His faithful servant?

The Duty of Logos

Our goal is to equip workers for the kingdom of God through offering theological education. With the vision of “attempt great things for God, saving millions of souls,” we strive to equip the leaders of tomorrow in the aspects of spiritual maturity, academic excellence, ministerial competence, and godly living. We sincerely invite you to invest in the Kingdom of God through theological education.

Do you have a calling to help train the next generation of Kingdom workers?